Hang A Scarlet Rope Out Your Window

Home  ›  Article  ›  Hang A Scarlet Rope Out Your Window

Hang A Scarlet Rope Out Your Window

August 15, 2019 Comments Off on Hang A Scarlet Rope Out Your Window Article Dr. Rondeau 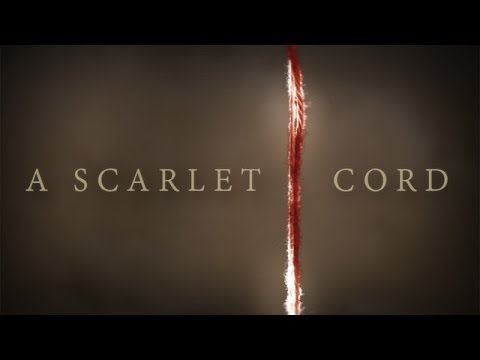 Rahab’s scarlet cord is a very memorable part of the conquest of Jericho. The Scriptures are careful to record the importance of her act of faith (Hebrews 11:31) in hanging it out her window from the time the spies left until the walls came a tumblin’ down. In fact, if she neglected to do so the agreement made with the spies to spare her and her household would be void. The scarlet rope out her window was the sign of her faith.

Really, the point of leaving the rope hanging out the window was to serve as an identification. As such it caused her house to stand-out and probably drew attention to that window. I can imagine that some of her neighbors said something like, “Hey, Rahab, what’s with the red rope in the window? You trying to start a new trend?” Whether she ignored them or used the opportunity to invite them into the safety of her house is not recorded in the Scriptures, but is a stimulating thought nonetheless.

A careful analysis of the chapters between this narrative and the final victory in Jericho reveals that quite some time elapsed. Enough time for the people to cross the Jordan river, catch up on their circumcision practices, and celebrate the Passover (not to mention the 7 days they marched around Jericho). The lesson there is that she did not know when they would be coming. It was imminent, but delayed – so she had to be ready. In like manner we don’t know the day or the hour when the Lord shall return and must likewise be ready.

Since the purpose of the scarlet rope out her window was to identify her she had to be willing to stand out and be identified with the people of God. In the church, we have typically referred to this as sanctification – separated unto God and it shows (Acts 4:13).

This was a common thread for many in the Scriptures. Immediately, the three Hebrew men of Daniel chapter 3 jumps to mind. The king had built a golden image of himself and had prepared an ornate celebration to initiate its worship. When the orchestra began to play its tantalizing tune all were to bow. The pressure to bow must have been massive! However, when everyone else did, Shadrack, Meschack and Abednego did not. They stood out! They knew that they were to bow before the Lord, but stand against the world and what it offers.

There is a very deliberate distinction taking place in the American church which is demonstrating who is and is not willing to hang a scarlet rope out their window and be identified with the people of God. There are some real issues arising in the culture that are showing who is and who is not bowing down to the world’s pressure. Evolution, abortion, and LGBTQ “rights” are three biggies. The pressure to bow to the world’s thinking and ways is intense and many that started out strong are growing weary and fainting. The decision to stand for Christ is a binary choice. It has to be one way or the other – there is no fence straddling (Matthew 6:24). The pressure of these and other issues and pursuits is demonstrating the Lord’s last days analogies that a great separation of the sheep from the goats and the wheat from the chaff is beginning to take place already.

Whenever you decide to stand out there will be a price to pay. We don’t read that Rahab was persecuted, but the three Hebrews were cast into the fire and just there are a multitude of accounts of those that had to endure some persecution. A true commitment to Christ requires a willingness to be persecuted. This was standard fair for the apostles in the early church and it has been true throughout the last two millenium. We need to stand out from the world and be prepared to pay the price.

It’s not all doom and gloom for those who do hang the scarlet rope out their window as their is a reward associated. Rahab received salvation. The three Hebrew men received deliverance. Stephen, the first Christian martyr, received the praise of God. When he stood up for Jesus and the truth he received a vision of Jesus standing at the Father’s right hand. Most of the time we read of Jesus sitting at the right hand of the Father. However, Stephen’s courage in identifying himself with the Lord no matter the cost inspired Jesus to stand up with him.

It’s the end of the summer and it’s time to go back to school. Whether you are in school or at work the question is the same. Do you stand out or blend in? Do you bow before the world or stand on the Promises of God when the pressures come? Be encouraged today to be a stand-out Christian. Hang a scarlet rope out your window.